ICS lecture: Xin Conan-Wu, "The Reminiscence of "Home Mountain": Place-making as an Art" 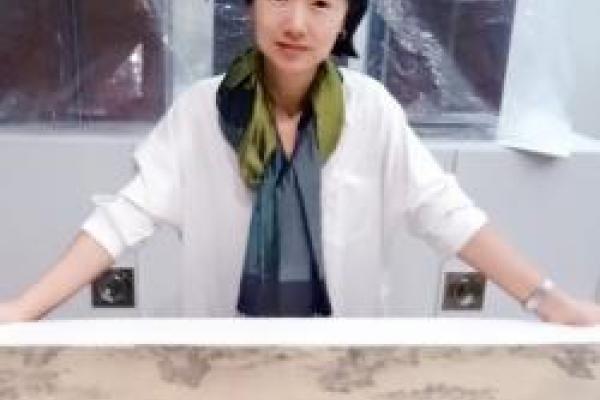 Title: The Reminiscence of "Home Mountain": Place-making as an Art

Abstract: This lecture examines creative inter-cultural dialogues between landscape, poetry, imagery and philosophy, that gave rise to new art forms in China and Korea. Mount Wuyi was the “home mountain” of Zhu Xi (1130-1200), the most famous Chinese philosopher after Confucius and Mencius, who resided along its Nine-bend Stream, composed poems and boat songs, and toured the mountain frequently. His activities of place-making transformed this mountain-and-water from a grotto-heaven of Daoism into a sanctuary of Neo-Confucianism. Centuries later, Zhu Xi’s avid followers in Joseon Korea worshipped the Nine-bend Stream and Mount Wuyi to express their reverence to his scholarship. While being banned from travelling to China, renowned scholars, such as Toegye (1501–1570) and Yulgok (1536 –1584) conceived of their version of nine-bend landscapes from the Korean environment after Chinese texts, paintings and woodblock prints. They established their own retreats and academies in these invented ideal landscapes and named them “My Home Mountain”. Their activities led to the emergence of novel conventions in representation and eventually a strictly native Korean genre of painting, the True View Landscape.

Xin Conan-Wu is a professor of History of Art at William & Mary. Her research interest rests upon the art of place-making in ancient China, and the representation of nature in its two-dimensional forms of paintings, prints and maps, and three-dimensional forms of gardens, landscapes and architecture. Her scholarship bridges historical studies and contemporary inquiries, with a focus on the visual arts and landscape cultures of East Asia, and their interchange and exchange with other traditions from a comparative perspective. She has published two single-authored books and two edited volumes, among which Patricia Johanson and the Re-Invention of Public Environmental Art, 1958–2010 (2013 & 2017), and The Realm of Mountain-and-Water: Gardens and Landscapes in Chinese Culture (2015). She is completing a book manuscript on the landscape of learning in twelfth-century China titled, The Lure of Supreme Joy: Pedagogy and Place-making in the Neo-Confucian Academies of the Southern Song.

This event is co-sponsored by the Department of History of Art and by the Literature and Folklore in Greater China Student Organization. The ICS Lecture Series is supported by a U.S. Department of Education Title VI grant to The Ohio State University East Asian Studies Center.