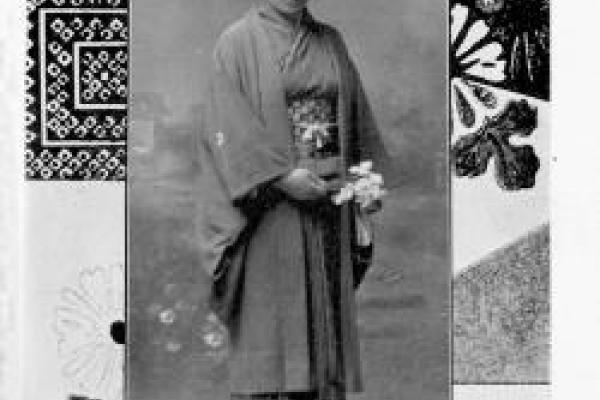 Abstract:  This presentation examines the ways in which modern Japan imagined the symbol of the prostitute as a project of nation- and empire-building.  It starts in the 1850s, on the eve of the Meiji Restoration, and ends in 1913, a year after the death of the Meiji emperor, and coincidentally, the year of the publication of a celebrated book called A Prostitute’s Tale. Published by a prostitute from the suburbs of Tokyo, the book divulged inner secrets about the author’s co-workers, patrons, and difficult confinement in a government-run syphilis hospital. Her sensational exposé heralded a growing public desire for inside knowledge about the lived experiences of pleasure workers.

Although her book offered a fascinating new perspective, the information she shared invoked key themes that had proliferated about pleasure workers in prior decades.  Since the 1850s, wide-ranging debates in Japan had linked the prostitute to national security and international prestige in imperative new ways.  Indeed, the figure of the prostitute was a powerful symbolic resource deployed, variously, by wide-ranging interest groups, as they negotiated their own shifting distinctions of power and status.  In exploring these debates, I show that A Prostitute’s Tale was the product of more than a half-century of high-stakes conversations about the future of Japan and the role of women in the modern nation-state.  In turn, such debates about the prostitute were central to and mutually constitutive of the emergent social order in Meiji Japan.

Ann Marie Davis obtained her PhD in Japanese History from the University of California, Los Angeles.  She is currently an assistant professor and librarian of Japanese Studies at The Ohio State University.  A former history instructor, she has taught courses on the history of Japan,

global sex trafficking, and empire and expansion in East Asia.  With research interests spanning the disciplines of Japanese Studies, Teaching and Learning, and Information Science, she has published articles in the U.S.-Japan Women's Journal, College and Undergraduate Libraries, and Information Technology and Libraries.  Her book, Imagining Prostitution in Modern Japan, 1850–1913 was published in March 2019 by Lexington Books, an imprint of Rowman & Littlefield.  She was recently presented the Annual Research Excellence Award by the University Libraries in recognition of her publications.