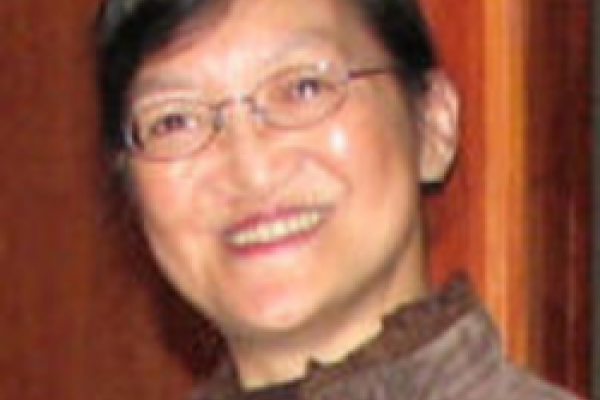 Description
After eight years at the helm of the Institute for Chinese Studies (ICS), Prof. Marjorie Chan has stepped down from the director position to return to her full-time, full course-load teaching and research.
Under Prof. Chan’s leadership, from December 2010 through December 2018, ICS programming expanded significantly and its impact on campus deepened substantially. ICS’s lecture series featuring speakers from across many fields and institutions established itself as a Friday afternoon staple for the East Asian studies community and became well-known on campus. The weekly lectures brought faculty, graduate and undergraduate students, as well as community members to campus to engage with the latest research in Chinese studies. To support one or two speakers in the ICS Lecture Series annually, Prof. Chan established the OCAPA Lecture Fund with a gift from the Ohio Chinese American Professional Association in 2017. In addition to hosting academic lectures, ICS made the voices of policymakers and public figures available to campus constituencies through the CHINA Town Hall event, organized annually in partnership with the National Committee on U.S.-China Relations.
Collaborating with other faculty, departments and centers, Prof. Chan hosted and supported numerous conferences and symposia each year, including the Buckeye East Asian Linguistics forum (2014, 2016), China and the Jews in the Modern Era symposium (2015), and the OSU-founded North American Conference on Chinese Linguistics (NECCL-1 in 1989, NACCL-20 in 2008, NACCL-30 in 2018) and Workshop on Innovations in Cantonese Linguistics (WICL-1 in 2012, WICL-3 in 2016), the only conference outside of East Asia that focuses exclusively on Cantonese linguistics. She also inaugurated the ICS Graduate Forum, providing opportunities for graduate students to share their research with faculty and each other, which has successfully run all eight years of her tenure.
Further contributing to the university’s academic mission, Prof. Chan spearheaded the inauguration of Cantonese language instruction at Ohio State, making it the only institution in the Big Ten and one of the few in the country to offer the language. Offered annually since 2013, “Conversational Cantonese for Mandarin Speakers” has been filled to capacity in recent years. Further, as the director of ICS, Prof. Chan served as the graduate studies chair for the Graduate Interdisciplinary Specialization in Chinese Cultural Studies which provides an opportunity for graduate students to gain a basic familiarity with Chinese studies and a transcript designation.
Reaching out beyond the university, ICS, under Prof. Chan’s direction, has deepened ties with the community through the offering of such events as film screenings, exhibitions, cultural events, and K-12 outreach programs, both on the campus of Ohio State and in community venues. One such event of note was a gallery conversation at the Urban Arts Space in Downtown Columbus featuring Mr. Benjamin Wiant who discussed the exhibition of a collection of over 600 art objects donated by the Wiant family to OSU in 1978. Prof. Chan’s support of the gallery conversation helped to publicize the historic collection and its first public showing in the 2017 exhibition titled The Legacy of Imperial Beijing: Selections from the Bliss M. and Mildred A. Wiant Collection of Chinese Art at The Ohio State University.
Please join us in congratulating Prof. Chan for her many accomplishments as the ICS Director and in thanking her for her exemplary service.
Share on Social Media