DEALL has a graduate student population that ranges between 70 and 80 students, making the program one of the largest in the United States. Graduates pursue both the M.A. and Ph.D. in Chinese or Japanese, focusing on literature, linguistics, or language pedagogy as a field of specialization. Other graduates belong to M.A. in Advanced Chinese Language and Culture (Flagship), in which all courses are taught in Chinese and a thesis is written in Chinese. 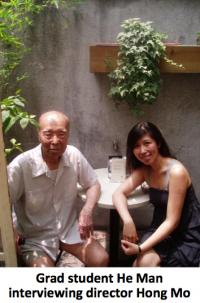 For many DEALL graduate students, fieldwork and archival research is an integral part of the production of their MA theses and PhD dissertations. Students often spend extended research stints in China and Japan, amassing research materials and data, interviewing subjects, conferring with scholars, and other forms of fieldwork. In 2011, for example, doctoral students Timothy Thurston, Pai I-fan, and Levi Gibbs worked in the Amdo Tibetan region of western Sichuan, Taiwan, and northern Shaanxi province, respectively. Students have received funding to undertake research in major libraries in Shanghai, Beijing, Dalian, Tokyo, and Kyoto, as well as at the Beijing Film Archive. Doctoral students in premodern print culture have received funding to conduct rare book-related research in major North American libraries (Harvard-Yenching, Columbia University Library, among others). 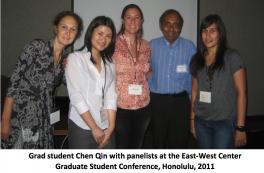 Our graduate students take an active role in their fields, with many students presenting papers at workshops or regional and national conferences each year. Students have presented papers at the annual conferences of the American Association of Teachers of Japanese, American Council on the Teaching of Foreign Languages, the American Folklore Society, the Association for Asian Studies, Chinoperl, the Society for Ethnomusicology, the Rocky Mountain MLA, and the Association for Asian Performance, as well as at the North American Conference on Chinese Linguistics, the International Conference on Processing Head-final Structures, the Midwest Conference of Asian Affairs, and the annual meeting of the Chinese Language Teachers Association. DEALL expects its graduates students, especially its doctoral students, to be actively involved in presenting papers at conferences. 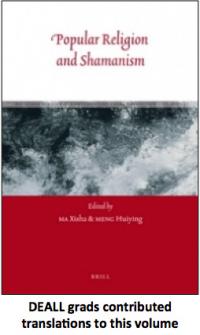 DEALL has a strong culture of publication among its graduate students. Students have published articles, translations, and books while still enrolled in the graduate program. Students have published, for exampel, in the Journal of the Chinese Language Teachers Association. In some cases, they have worked closely with DEALL faculty in seminars to produce work that is eventually published. For example, students of Professor Mark Bender published translations in Popular Religion and Shamanism (Brill 2011) and in The Columbia Anthology of Chinese Folk and Popular Literature (Columbia UP, 2011), and students of the late William Tyler collaborated on producing translations for Modanizumu: Modernist Fiction from Japan, 1913-1938 (University of Hawaii Press, 2008). Students also work as research associate for the scholarly journal Modern Chinese Literature and Culture, edited by DEALL faculty member Kirk Denton. While still writing his dissertation, former doctoral student Eric Shepherd published Eat Shandong: From Personal Experience to a Pedagogy of a Second Culture (National East Asian Languages Resource Center, 2005). DEALL prides itself in the scholarly accomplishments of its graduate students.

Graduate students can apply for funds to support travel to present papers at conferences and workshops.

DEALL endeavors to support graduate students up to $500 annually to present at one conference. For students that have passed their candidacy exam, an additional amount up to $500 is available for a second conference presentation. These amounts are not guaranteed and availability may be limited due to budget restrictions.

To optimize your funding, we recommend you apply to DEALL as well as seek outside funding, for example the College of Arts and Sciences, Arts and Humanities Graduate Research Small Grants Program.