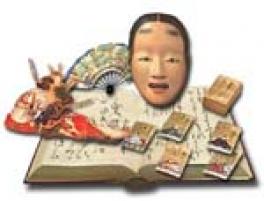 Graduate courses in Japanese literature at DEALL offer a variety of study options, in both English translation and original Japanese texts, across the span of this rich tradition. Students learn to “do criticism” as they develop and extend their knowledge of genres, works, authors and critical approaches and explore how this knowledge relates within or across traditions, periods and movements. The study of literature at this advanced level also brings larger issues into focus. Seeing how a genre’s or a work’s significance is re-construed over time provides object lessons in the social contingency of meaning and interpretation. Making the choices demanded by translation or performance reveals the extent to which the “said” and the “unsaid” can differ across languages, traditions, and even genres in the same tradition. At DEALL, learning one’s way around the ever-evolving critical and theoretical landscape comes with the ballast of continued close reading, so that increased sensitivity to nuances of word choice, tropes, style, and the manipulation of perspective is a constant goal. Explicit guidance in presenting research is another important aspect of our graduate regimen. Graduate students are trained in articulating convincing critical assessments and defending them against other informed evaluations and in the art of the oral and written presentation of their work.

Graduate studies commence with regular offerings in bibliographic materials (Japanese 800) and advanced readings in English translation in classical, medieval, Edo-period, modern and contemporary texts (Japanese 6454, 6455, 6456). We also offer reading in original early texts (Japanese 5111, 5112), as well as courses on specific topics and genre (Japanese 5400, 7451, 7452, 7453, 7454, 7455) and seminars (8477, 8889), the content of which changes from quarter to quarter. In recent years, seminars have covered such topics as "Every Clause Tells a Story: Grammar in Early Narrative," "Poetics of The Tale of Genji and The Pillow Book," "Topics in Japanese Theater and Drama: Women Acting Madly," "Osaka: Alternative Narratives of Modern Japan" and "Fission/Fusion: Modernist and Experimental Prose in the 1920s & 1930s."

In earlier literature, our strengths include interdisciplinary innovations in the study of early texts and their language, diary literature and women writers, Noh and the related arts of recitation. In modern literature, they lie in the stylistics of the Meiji period, experimental and modernist prose in Taishô and Shôwa, and the relationship of writers vis-a-vis the state and politics in modern and contemporary times.