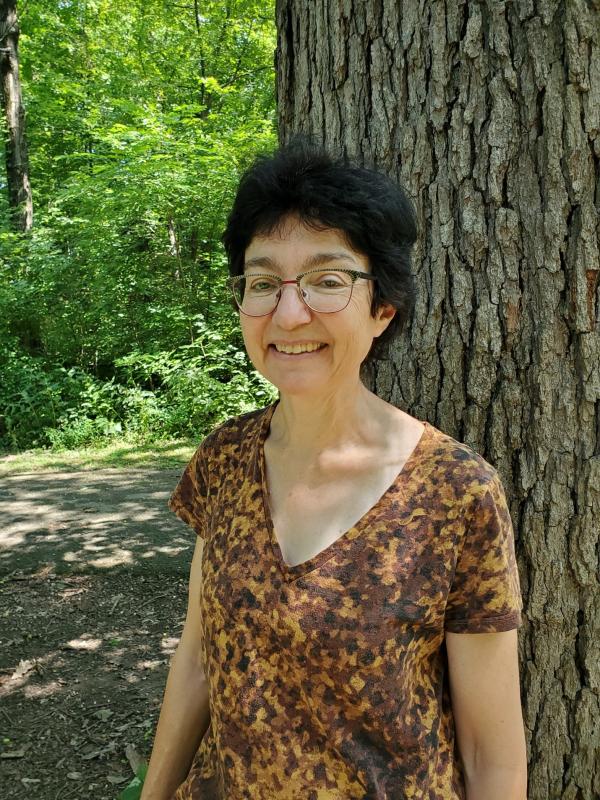 Patricia Sieber’s primary research interests center on traditional Chinese performance genres and their afterlives in the Chinese-speaking world and in transnational contexts. She is the author of Theaters of Desire: Authors, Readers, and the Reproduction of Early Chinese Song-Drama, 1300-2000 (Palgrave MacMillan, 2003), a cross-cultural history of the construction and reception of "Yuan zaju song-dramas” (Chinese translation to appear from Guangxi Normal University Press, 2023). She is the lead editor of How To Read Chinese Drama: A Guided Anthology (Columbia University Press, 2022) (with Regina Llamas, Chinese translation to be published by Sanlian Publishing) and co-editor of How To Read Chinese Drama in Chinese: A Language Companion  (Columbia University Press, 2023) (with Guo Yingde, Wenbo Chang, and Xiaohui Zhang). A digital companion site called “Chinese Theater Collaborative/華語戲聚,” built with a grant from the OSU Arts and Humanities Large Grant Program (with Maria Palazzi, Leigh Bond, and Marjorie Chan),  is slated to go live in spring 2023.

In terms of translation, she is the co-editor of Ecologies of Translation in East and South East Asia, 1600-1900 (Amsterdam University Press, 2022) (with Li Guo and Peter Kornicki). She has also published articles and book chapters on the transnational fate of mixed-register Chinese belles lettres in early modern Europe in Representations, East Asian Publishing and Society, Towards a History of Translating and Sinologists as Translators from the Seventeenth Through the Nineteenth Centuries.  She has been awarded funds from the Chiang Ching-Kuo Foundation to hold an international symposium entitled “In Search of the Sayable: Traditional Chinese Plays, Translation, and Stage Performance.” She currently serves as the director for OSU’s Translation and Interpreting Program and is the recipient of a Global Arts and Humanities Discovery Theme grant for a T&I-focused GAAship. To learn more about the current initiatives under the auspices of that program, see here.

Other research interests include the uses of Buddhism in literature as evidenced by work published in The Magnitude of Ming, Monumenta Serica, Journal of Chinese Religions and Contemporary Buddhism. She is also known as the editor of a widely used collection of contemporary Chinese women's short stories entitled Red Is Not the Only Color (Rowman & Littlefield, 2001) and has contributed to the Cambridge History of Gay and Lesbian Literature.

In DEALL, she teaches courses on different facets of traditional Chinese literature, including courses on traditional Chinese drama & fiction, the intersection of traditional & modern Chinese literature, literary translation, and Buddhism. She also regularly teaches two of the core courses for the undergraduate Translation and Interpreting Certificate, CLLC 5102 (Introduction to Literary Translation) and CLLC 5103 (Translation and Interpreting Practicum).

Her research has been awarded funding from the NEH, ACLS, DAAD, and the Chiang Ching-Kuo Foundation among others. She has been a fellow at the Center for Chinese Studies, National Central Library (Taipei), at the Library of Congress (Washington, D.C.), the Princeton University Library, and at the Institute for Collaborative Research and Public Humanities (OSU). She has presented her research in academic contexts in the US, Europe, Russia, China, Taiwan, and Hong Kong. She has been interviewed about Chinese literature by The New York Times, the BBC World Service as well as local media.

She is the associate editor for East Asian Publishing and Society and a member of the editorial boards of Journal of Chinese Literature and Culture, Chinese Literature: Articles, Essays, and Reviews, Monumenta Serica, and Contemporary Buddhism. As a two-time recipient of OSU's East Asian Studies Center National Resource Center (NRC) and Foreign Language and Area Studies (FLAS) grants from the U.S. Department of Education, she directed OSU's East Asian Studies Center (2005-2013) and the Institute for Chinese Studies (2005-2010). Her local arts outreach has been supported by BETHA, OSU Arts and Humanities Research Collaborative Grant, Greater Columbus Arts Council, and the Ohio Arts Council. Internationally, she has been involved with intercultural projects of the Royal Shakespeare Company and the Shakespeare Birthplace Trust.